I’ve made a new discovery and I have a statement to make.  No kitchen – no home kitchen – is complete without a sous vide precision cooker. Now that you know this method of cooking exists, your current food preparation skills will feel mediocre. High-end restaurants have been using sous vide cooking for years to cook food to the exact level of doneness desired, every time – and now it’s time to do the same at home thanks to the Anova Culinary sous vide cooker.

Whats up with the fancy French words?

Sous vide, which means “under vacuum” in French, refers to the process of vacuum-sealing food in a bag and then cooking it at a very precise temperature in a water bath. This technique produces results which are impossible to achieve through any other cooking method.

Why are you reviewing high-end restaurant equipment?

That’s the beauty of this post.  Anova Culinary have developed an affordable and easy-to-use sous vide precision cooking equipment, and I’m here to tell you about the incredible experience I had with this product.

Apart from being able to tell your friends that their dinner was cooked ‘sous vide‘ (in a French accent with a cheeky look on your face) – lets use a beef steak as an example.

Most people fry their steak on a hot pan, as fast as possible, depending on thickness and the preferred level of doneness.  What happens here is that in order for the middle to be cooked just as you prefer it, the outer layer of the meat gets overcooked.  With the sous vide method you are able to cook the whole piece of meat (both the inside and the outside) at a consistent and much lower temperature; for instance a 1″ steak will take 1 hour at 58°C.  This will give you a uniform medium juicy steak with no overcooked outer edges.  Following this, all you need to do is to sear it quickly in a pan in order to give it a nice colour and add a deeper flavour. That’s it.

The next best thing about sous vide cooking is that your food waits for you.  If you’ve ever tried cooking steaks for six people you know that, even though it’s not impossible, the stress you undergo with timings and the fear of ruining dinner is simply not worth it.  With sous vide, whilst your steak is done after an hour, it can wait a further two in the bath for those latecomers or if your welcome drink takes longer than expected, and it will be just as perfect.

The Anova also has an LCD touch display which shows both the set temperature as well as the current water temperature.  Three touch buttons allow you to control Wi-fi connectivity, set a timer for up to 99 hours (some recipes require cooking for 48 hours!) and start / stop your Anova.  Variables like temperature and time can be set using the scroll wheel on the front.

Anova Culinary also launched an iOS and Android app which allows you to connect to your Anova Precision Cooker and set timers, change temperature settings and even control the Anova from the office! The app also includes guides for temperature and time settings with photos of doneness for you to easily decide how you’d like your food along with other recipes for inspiration.

My first experience with sous vide cooking was an ‘all out’ experience. We planned a small get together between ten friends and ribs was on the menu so I went out and bought 28 (yes, twenty-eight) full racks of ribs. I also bought some zip-lock as I don’t own a vacuum sealer yet – but these work just as fine. 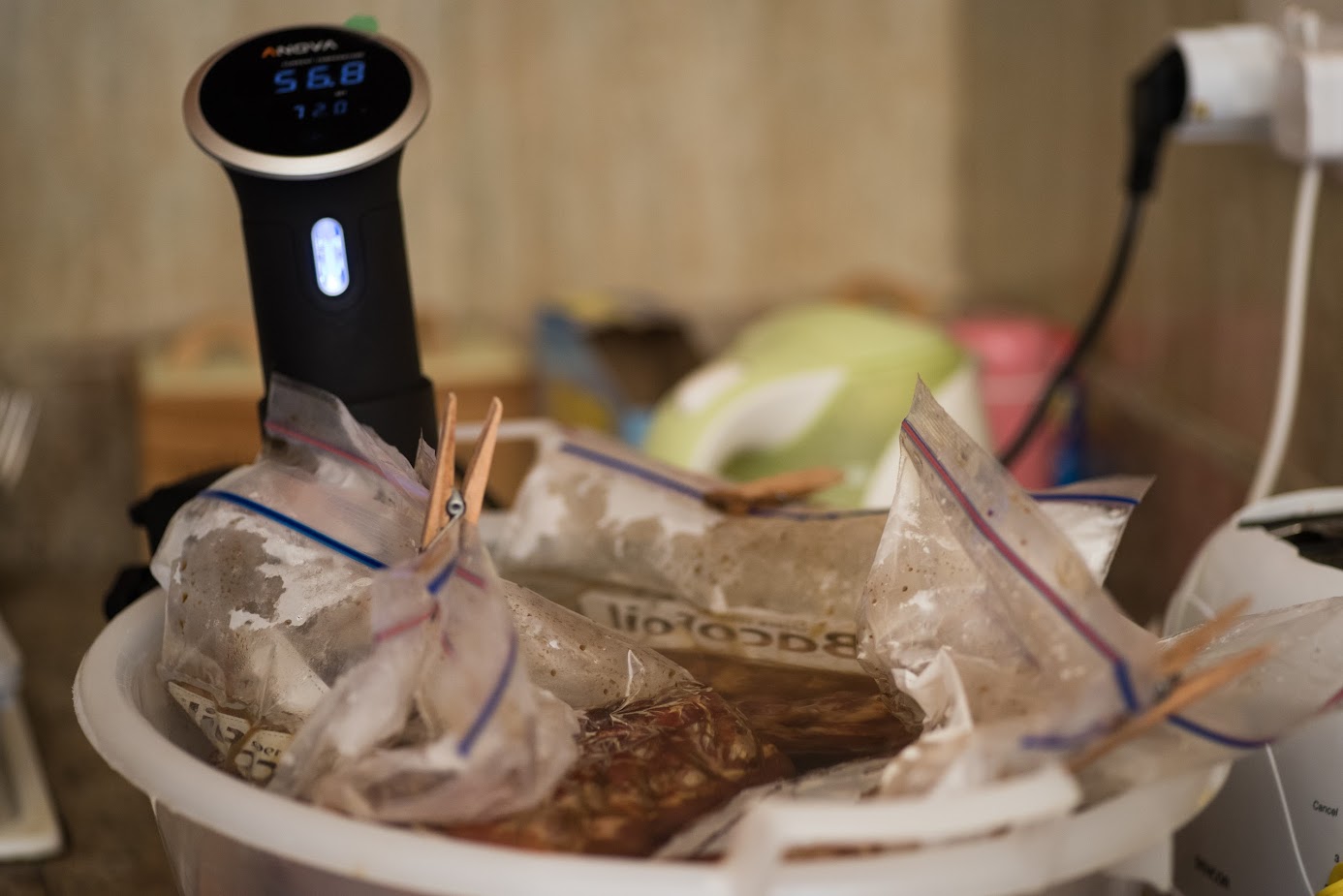 I seasoned the ribs with lots of salt, brushed them with a BBQ style glaze and popped them into a bath I had prepared and preheated with the Anova. These remained immersed in the bath for 8 hours at 72°C. They were cooked after 6 hours but waited for me without getting overcooked for another 2 hours because I forgot to start the log fire early enough…

Who said anything about waiting?

The fire took a while to settle down but that’s not a problem with sous vide – I had two hours left in the ‘perfectly amazing’ window so I wasn’t worried. After preparing a rub and coating the ribs in it, I had a friend fan the fire like crazy to get it to the highest temperature possible whilst I laid down the ribs on the grill. 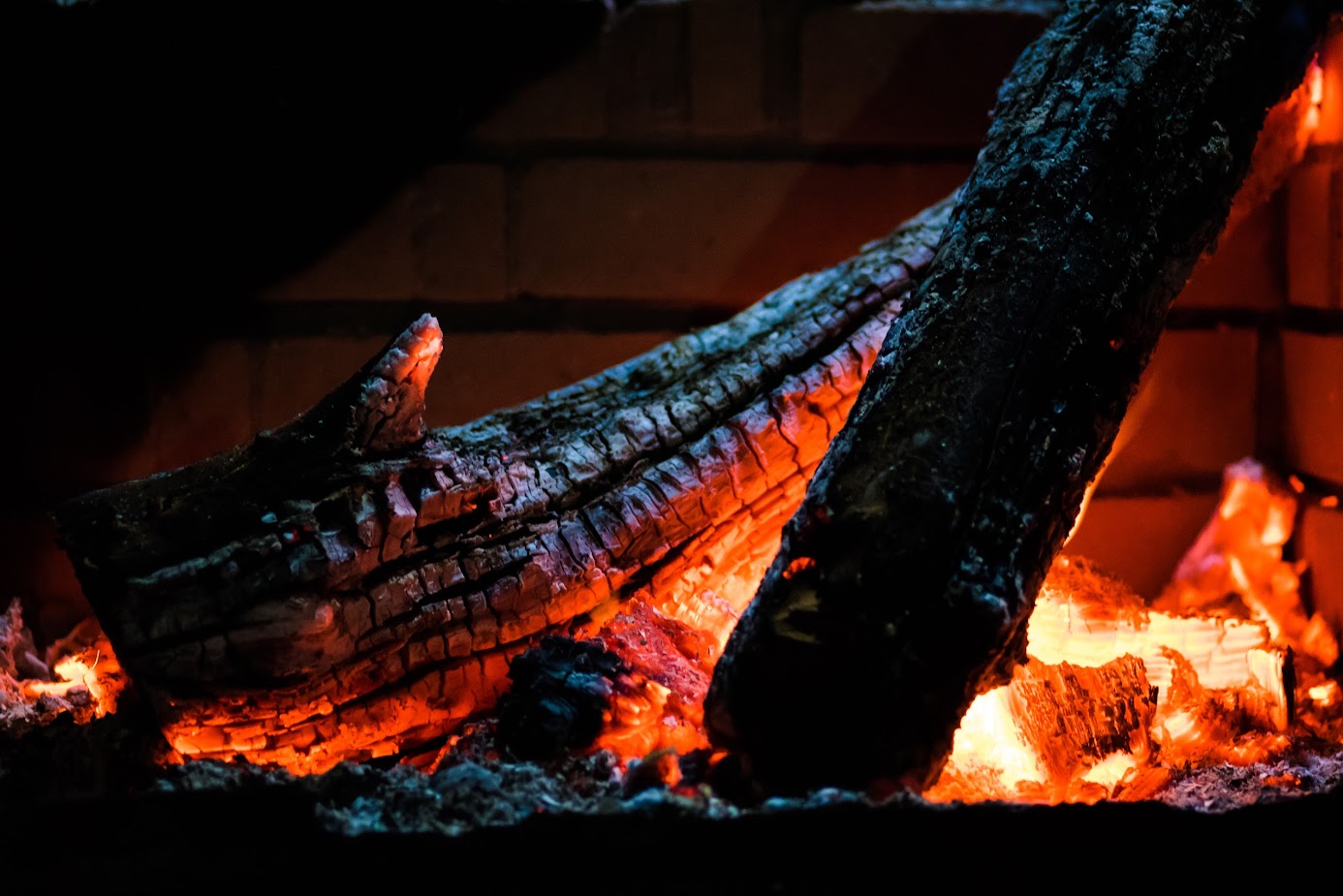 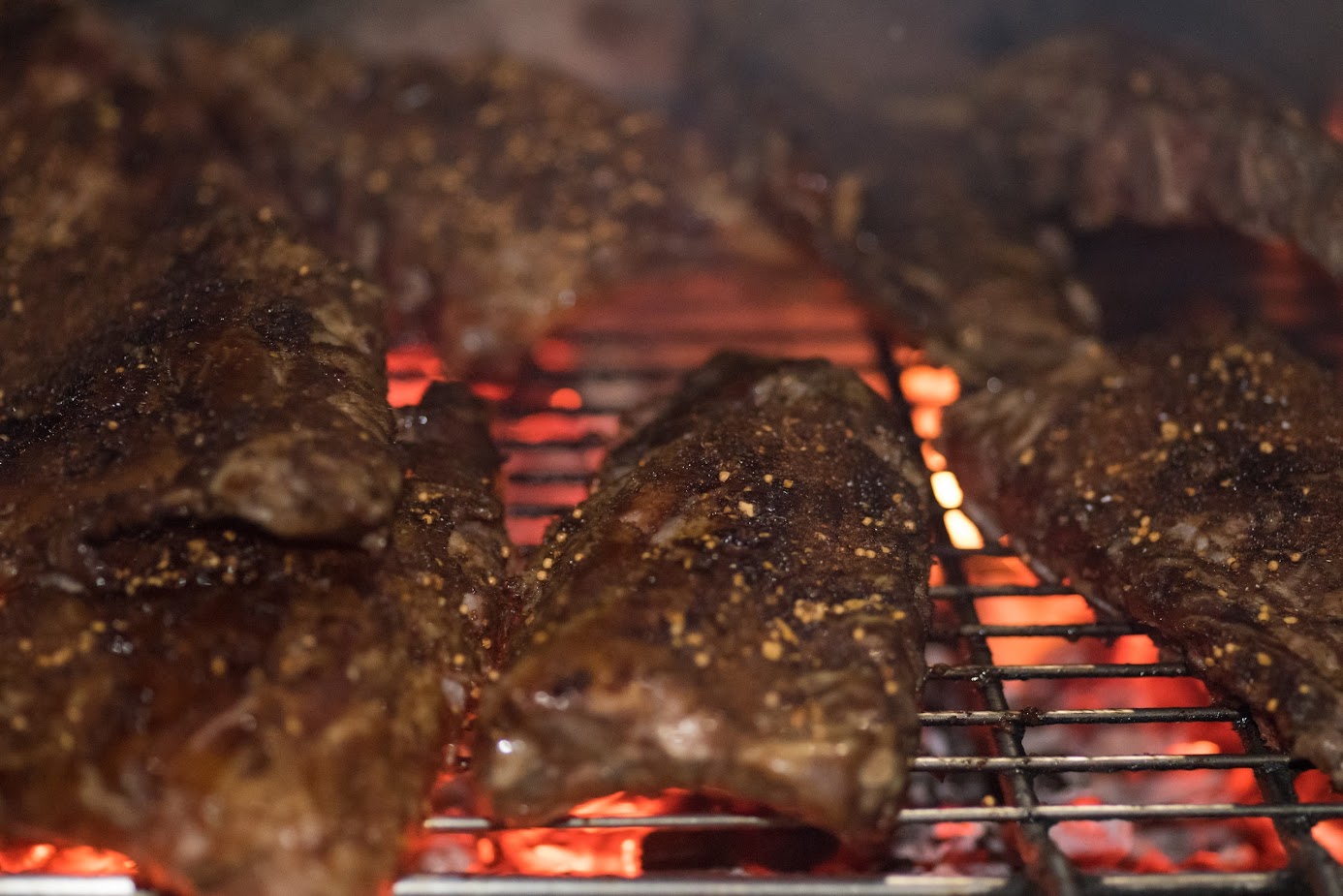 The result were ribs with a crispy bark and meat which slid off the bone at the slightest touch.  The rub had caramelized with the intense heat of the wood fire but the meat had taken it’s sweet time cooking to perfection at a low temperature thanks to the Anova. Divine.

Sous vide cooking with the Anova has become my preferred method of food-preparation as the results achieved are simply unattainable with conventional methods.